MOSCOW — Mikhail B. Khodorkovsky, the Russian tycoon who was imprisoned in 2003 after defying Vladimir V. Putin, received another six years behind bars on Thursday in what was widely seen as a blow to the credibility of Mr. Putin’s protégé, President Dmitri A. Medvedev, a former law professor who has vowed to strengthen the independence of the judicial system.

The sentence was also perceived here as a clear signal of Mr. Putin’s undiminished control over the country in advance of presidential elections in 2012, which he might enter. 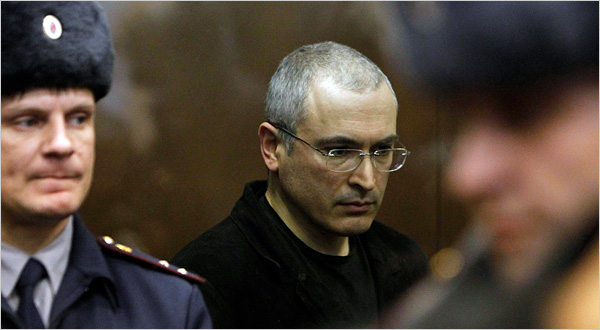 A judge sentenced Mikhail B. Khodorkovsky, the jailed Russian oil tycoon and a foe of Prime Minister Vladimir V. Putin, to an additional six years in prison on Thursday.